AFTER SAKIB MAHMULJIN'S JUDGMENT: The mujahideen will go unpunished, as will those who brought them to BiH

Sakib Mahmuljin appears to be serving a prison sentence for the crimes of the mujahideen and on behalf of those who brought them, cooperated with them, protected them and decorated them during and after the war. He did not say their names during the trial.

In September 2019, the Government and the Assembly of ZDK, at the suggestion of several SDA deputies, awarded the former commander of the 3rd Corps of the Army of RBiH Sakib Mahmuljin a plaque for solidarity, humanity and tolerance among people of different nations, religions and cultures.

Two and a half years after Mahmuljin, the Court of Bosnia and Herzegovina sentenced him to eight years in prison for war crimes against prisoners of war, murder and inhumane treatment. More precisely, as a superior commander, he failed to prevent and then punish the perpetrators of the murder of 52 prisoners of war after the Army of RBiH liberated the area of Vozuća in September 1995.

"The Panel, beyond any reasonable doubt, found it proven that the Accused Sakib Mahmuljin, in the incriminated period, had reason to know and knew that his subordinates were preparing to commit acts of inhumane treatment of protected persons, that is, that they had already committed criminal offences, and failed to take necessary and reasonable measures to prevent them from committing them, that is, to punish them after receiving information that his subordinates had committed criminal offences", it is stated in the explanation of the first instance verdict of the Trial Chamber. 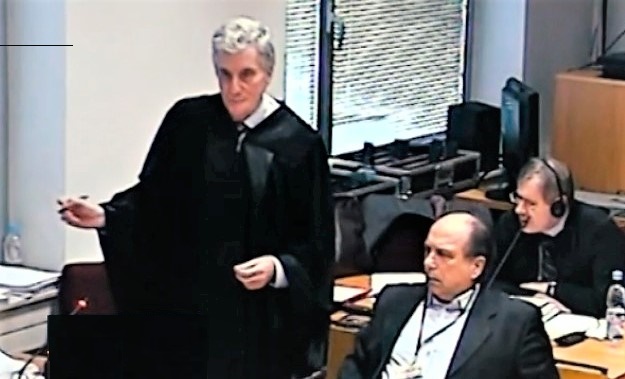 “General Mahmuljin did not order or commit a crime - nor is it established in this verdict - and a comparison will never be able between him and the generals of the RS Army and the HVO who ordered, organized and committed mass murders, such as genocide in Srebrenica, crimes in Vlasenica, Prijedor, Sanski Most, or the Ahmić2i massacre. The sentence of eight years in prison for not preventing other people's crimes, and on the basis of questionable claims about the superiority of the perpetrators of crimes, is an unjust punishment ", it was stated, among other things, in the reaction of the Party of Democratic Action (SDA).

The perpetrators of the crimes that Mahmuljin did not order, but did not try to prevent or subsequently punish, are members of the "El Mujahideen" detachment of the 3rd Corps of the Army of RBiH. The detachment was formed primarily of foreigners from Afro-Asian countries and long after the war there was controversy over whether it was in the command system within the Army of RBiH and who had effective control over their activities.

During the trial in The Hague of the former commander of the Army of RBiH, Rasim Delić, a document with Delić's signature from August 1993 was presented, ordering the joining of the "El Mujahideen" detachment to the 3rd Corps. There is also a decree of the Presidency of RBiH from August 5, 1994, in which Abu Maali, commander of the "El Mujahideen" detachment, is promoted.

In 2008, the Hague Tribunal sentenced Rasim Delić to three years in prison for crimes committed by members of the "El Mujahideen" detachment from 1992 to 1995.

Who did the mujahideen trust?

The former commander of the 35th Division of the 3rd Corps of the Army of RBiH, Fadil Hasanagić, testified in The Hague that the war operation in Vozuća in September 1995 was commanded by Sakib Mahmuljin, and that he personally determined the combat tasks of the "El Mujahideen" detachment, and that reports were sent exclusively to Mahmuljin.

"We only trusted the commander of the Third Corps, Sakib Mahmuljin, because he was a real Muslim and Izetbegović's man", said Aiman Awad, a former translator of the "El Mujahideen" detachment, as a witness in the trial of Rasim Delić. Awad claimed that the detachment's affiliation with the 3rd Corps was only formal and that they could not order the detachment from the corps command.

Stjepan Šiber, Deputy Chief of Staff of the ARBiH, describes in his war diary the meeting with Sefer Halilović and Rasim Delić in 1993 in Zenica: “Sefer says that President Izetbegović is calling him to return to Sarajevo immediately. He orders us to establish a military order in the Third Corps. He orders us to inform the mujahideen that the president has ordered them to leave the vicinity of Zenica within 48 hours and to leave BiH in the direction of Zenica-Igman. To our question: ‘Who knows where these mujahideen are?’, Sefer replies: ‘Sakib Mahmuljin knows, he is the connection with them’. According to Sefer's order, the executor of that task will be Rasim Delic.”

"There is no other confirmation that such an order from Izetbegović existed at all, nor that Rasim Delić tried to carry it out then and later. Sources from the Third Corps Command today describe Mahmuljin as "an official who was supposed to solve problems, while Delić was conducting direct negotiations with the leaders of foreign mujahedeen." On several occasions, at the request of Abu Maali, the emir of the 'El Mujahedin' unit, Mahmuljin waited with the secretary until he finished his conversation with Delić", said journalist Esad Hećimović.

When it comes to the "El Mujahideen" detachment, the question is not whose command they listened to, but whom they trusted within the army and civilian structures. Apparently, Mahmuljin was the "third link", after Alija Izetbegović and Rasim Delić. According to Stjepan Šiber's notes, Alija Izetbegović issued an order to leave Zenica, that is, BiH. If he can order their departure, does that mean he secured their arrival?

Best regards from the criminals

"I would first like to convey greetings from our President Alija Izetbegović, who could not be present at this meeting due to his political obligations, but he conveyed to me the obligation to settle you on his behalf. My presence here is enough to say that, when it comes to President Izetbegović and the command of the Army of BiH, we have neither forgotten nor will we forget everything that you did for the people of BiH. I have never hidden that this unit exists, that it is a unit of the Army of BiH, that it is in the system of leadership and command of the Army of BiH," said Rasim Delić on that occasion.

Sakib Mamuljin also expressed his gratitude: "You came to fight in the way of Allah to help the Muslims of Bosnia. Your arrival is completely justified. You go home to continue the fight in the way of Allah. As one of the best units of the Army of BiH and the Third Corps, you have performed, with the help of Allah, all the tasks set, but also the tasks of strengthening the faith in this area. The roots of Islam are now strengthened in Bosnia, which will be further strengthened with the help of Allah, and you will be welcome when you come to Bosnia again, and you are always welcome."

Some members of the detachment soon left BiH and went to an unknown destination. Motives and interpretations of how and why they came here and by whose invitation were different. And they came through Croatia, where the then ambassador of BiH was Bisera Turković, and many had ID cards from this country, mostly with fake names. They justified their arrival by fighting for Islam, although the detachment included terrorists and criminals who fled the law in their countries, then mercenaries and spies, to notorious murderers to whom nothing was sacred, especially not human life and respect for international conventions of war.

It is now impossible to find perpetrators from their ranks, even if their exact identities were known. Responsibility for war crimes committed in Bosnia and Herzegovina was left to those who formally or practically had command responsibility in the Army of RBiH. Alija Izetbegović and Rasim Delić passed away. The "third link" remained.

Sakib Mahmuljin appears to be serving a prison sentence for the crimes of the mujahideen and on behalf of those who brought them in, cooperated with them, protected them and decorated them during and after the war. He did not say their names during the trial.