WATCH THE MOVIE: Putin’s plan for the Balkans

In the first part of the video series called "Putin's plan for the Balkans", we explain the general picture of the methods of influence of Russia and its satellites on this area. February 24. In 2022, Russia committed aggression against the population and territory of Ukraine. Are the Balkan countries Putin's next target?

By the collapse of the Soviet Union, as well as Yugoslavia, their republics established new countries. The pretensions of Russia to dominate the Balkans have been openly renewed after its president Vladimir Putin took the absolute power. The Balkan Peninsula has been for many decades the region where great powers test their “political muscles”. Russia has a twofold interest to maintain the influence. The first is economic, whilst the second is military, stopping the spread of NATO alliance to the entire Balkans. 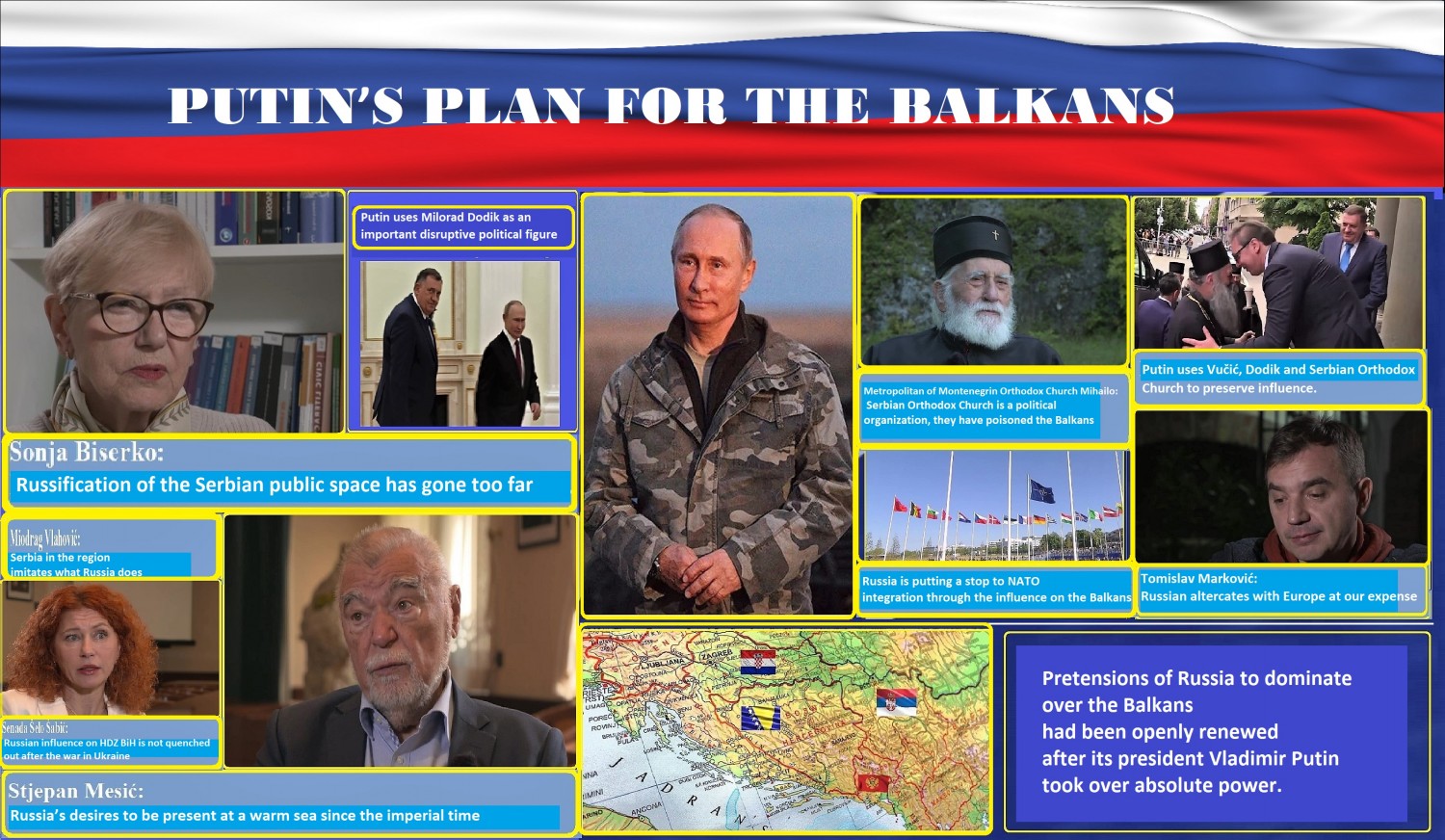 Watch the movie: Putin’s plan for the Balkans

INTO THE NEW YEAR WITH NEW PRESSURE: Citizen/collaborator in the fight against Žurnal
Pročitajte još
HOW IS RUSSIA CONTROLLING MILORAD DODIK: Business affairs with Russian tycoons and fear of Putin’s revenge
RUSSIAN STRATEGY FOR THE BALKANS: Putin's supporters in BiH did not disappear, they are just changing the tactics
WHILE RUSSIA IS TRYING TO OCCUPY UKRAINE: Dodik and Čović waving the Russian flag in Bosnia and Herzegovina
Dodik and Čović are continuing destruction of the country: Bosnia and Herzegovina is a powder keg on the Balkans under the control of Russia