For the sixth time in the last seven years, Žurnal journalists are winners of the EU award for investigative journalism in Bosnia and Herzegovina. This year, Žurnal's film from the Afera series - "Battle for the Political Commissioner" was awarded. Congratulations to our colleague Amarildo Gutić!

European Union awards for investigative journalism in Bosnia and Herzegovina have been awarded tonight, for works published from January 1 to December 31, 2021.

Žurnal journalist Amarildo Gutić won the second prize for the film “Bitka za političkog komesara” or "Battle for the Political Commissioner" from our "Affair" series. Congratulations to our colleague!

The first and third prizes were awarded to the journalists of the Center for Investigative Journalism - Mubarek Asani and Jelena Jevtić for the story "Šefica i njeni "crnokošuljaši" za iznude" or "The Boss and her "Black Shirts" mob", and Adna Zilić for the story "Policijske uniforme skrojene po mjeri privatnika" or "Police uniforms requirements tailored for private businessmen".

"Thank you to the jury and thanks to my colleagues from the editorial office of Žurnal. This is our reward because we support each other in our work. I hope that the prosecution will find the courage to finish our stories and put those criminals in prison. In any case, the magazine Žurnal will continue with its investigative stories and of course, we will continue to be a nightmare for politicians in Bosnia and Herzegovina", said Gutić after presenting the award.

Let's also say that awards were also given to journalists from Albania, Montenegro, Kosovo and Serbia. 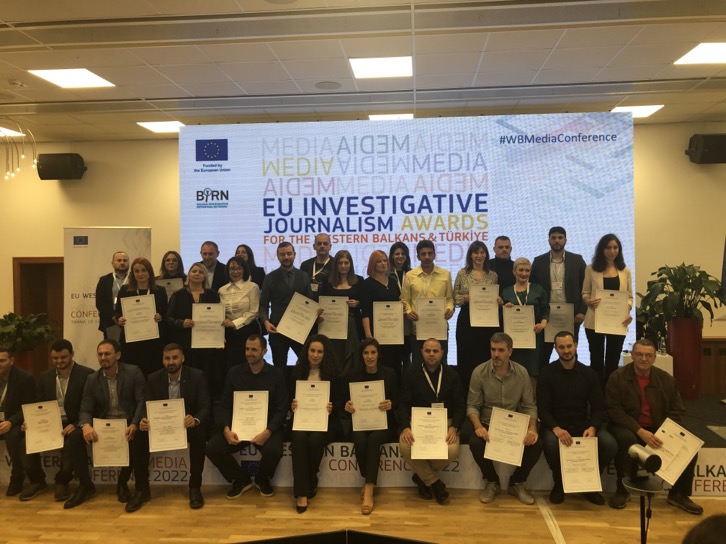 We also remind that in previous years Žurnal's journalists were winners of EU awards for investigative journalism, they earned three first and two second place awards for the films “Povratak” or "The Return", "Vladar iz Podzemlja" or “The ruler from underground", "Terma" or “Thermae”, “Država protiv Davida” or "The State Against David" and “Prsten oko Vitezita“ or "The Ring Around Vitezit".