The former Chief Prosecutor of the Prosecutor's Office of BiH is accused of directly or indirectly participating in actions or policies that undermine democratic processes or institutions in the Western Balkans, and that she used her position to promote her personal interests. Sanctions were also imposed on high-ranking SDA member Asim Sarajlić. Great Britain joined the sanctions against Milorad Dodik, and it also included Željka Cvijanović on the list.

Former Chief Prosecutor of the Prosecutor's Office of BiH Gordana Tadić, as well as SDA member and delegate in the House of Peoples of BiH Asim Sarajlić are on the blacklist of American sanctions as of today.

Gordana Tadić has long been claimed to be close to the HDZ and party leader Dragan Čović. Because of these ties, all the decisions she made during her term as chief prosecutor went to Milorad Dodik, the leader of the SNSD and a member of the BiH presidency. As it is known, Dodik has long been under the sanctions of the American Office for the Control of Foreign Property (OFAC), and as of today, he is also under the one imposed on him by Great Britain.

Tadić became the head of the Prosecutor's Office of BiH in September 2016, and last year she was removed by a decision of the High Judicial and Prosecutorial Council of BiH: she bypassed the automatic case allocation system (TCMS) when assigning cases to prosecutors and as a manager she missed the opportunity to, by applying the provisions of the Law on Protection of Classified Information, ensure the initiation of the procedure of personal security checks of the staff of the Prosecutor's Office of BiH that handles classified information.

The United States also accuses her of directly or indirectly participating in actions or policies that undermine democratic processes or institutions in the Western Balkans, and that she used her position to promote personal and family interests.

During her tenure, the investigation against Dodik in the January 9th referendum case was suspended. Dodik is also protected in the "Icon" case.

Nothing has been done regarding the investigation against the Commissioner of Police of the Ministry of the Interior of the Croatian National Theater, Ilija Lasić, on whose order the armed members of this Canton stopped a convoy of buses with migrants on May 18th, 2018 at Ivan Sedlo. By the decision of the BiH Council of Ministers, they were to be transferred to the Salakovac refugee center near Mostar.

The same thing happened with the case against Rajko Vasić, a member of the SNSD Main Board, and because of his tweet on the day of the anniversary of the Srebrenica genocide: "I am thinking about something, if you love that genocide against you so much, wait for the next one."

It should be reminded that the Prosecutor's Office of BiH, during its mandate, refused to conduct an investigation against betting houses reported by SIPA for tax evasion, money laundering and computer counterfeiting. Among the registered bookmakers is "Bet Live" from Vitez, whose one branch was located in the family house of Gordana Tadić in Živinice, which was previously reported by Žurnal.

While she was acting director, Tadić reported to SIPA that an assassination attempt was being prepared against her, and she stated as a reason that the brakes on her husband's car had failed. However, the investigation established that Gordana Tadić's husband had not changed the pads on the vehicle for years.

Her mandate was marked by scandalous statements such as "corruption is not a systemic problem", but also when she instructed journalists not to publish their findings on crime, but to report them to the Prosecutor's Office or the police, and other competent institutions - with evidence gathered ”.

This instruction followed the publication of Žurnal’s story about the illegal recruitment of BiH citizens by the Croatian security agency SOA.

Given his involvement in several scandals, it has been expected for some time that the State Department will announce sanctions against Asim Sarajlić. He is accused of trading in influence in the "Bosna" case, where he shares the dock with Amir Zukić, the former SDA secretary general. Sanctions were imposed on Zukić in 2020. 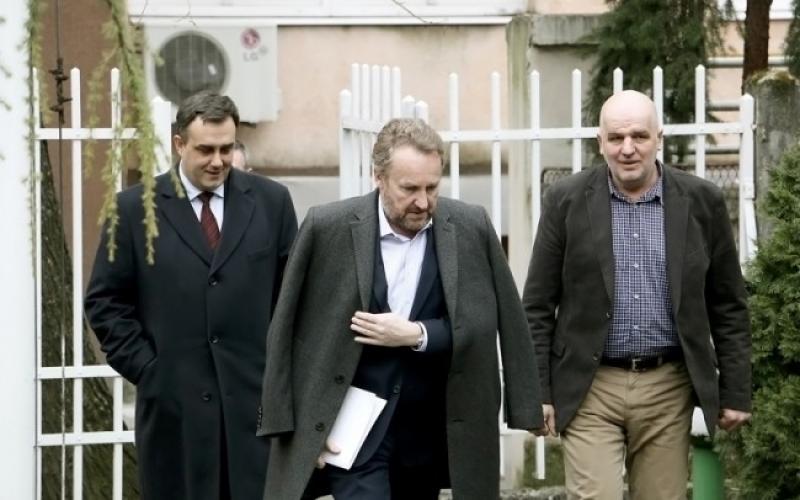 It should be reminded that Zukić was removed from the SDA structures after this case, while Sarajlić remained one of the key people of the leader of this political party, Bakir Izetbegović. The leader of the SDA did not give up Sarajlić, even after the famous video "Asim". Let us remind you, in this recording, Sarajlić is heard saying that, as the then president of the SDA Personnel Commission, he promised employment in the ministry in exchange for a vote for Fikret Prevljak for the position of president of the SDA Cantonal Committee.

After this affair, Sarajlić resigned from all party functions, and he was recently accused of this case. He is scheduled to plead guilty in the Sarajevo Municipal Court on April 28.

Let us remind you that the "Respirator" affair started with Sarajlić's recommendation. He is the person who connected the owner of "Srebrena Malina" Fikret Hodžić with the Prime Minister of FBiH Fadil Novalić.

Sarajlić is also accused of abusing his position in relation to BH Telecom. It is suspected that he personally accepted payment from job candidates in exchange for positions. He influenced the employment in this company by recommending candidates who were allegedly seriously insufficiently qualified, which violates the integrity of the company.

Sanctions of Great Britain for Dodik and Cvijanović 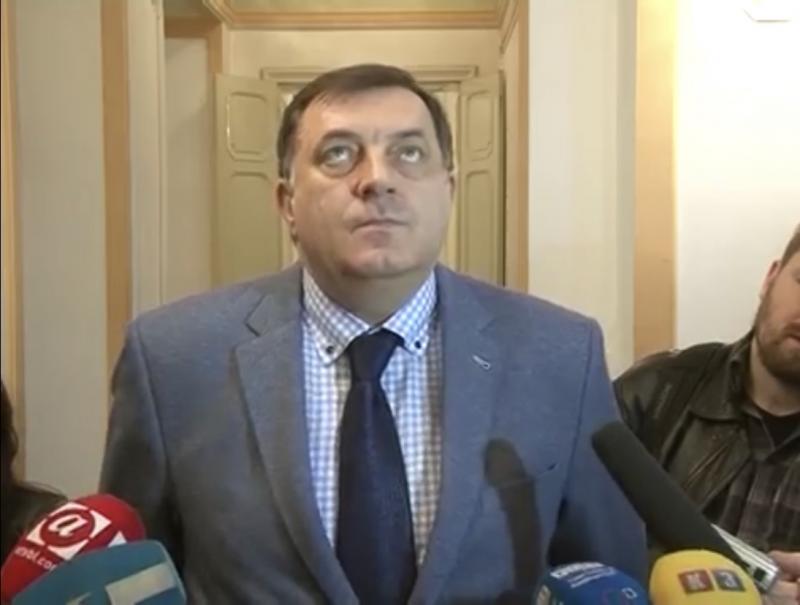 British Foreign Secretary Liz Truss said in a statement that "Dodik and Cvijanović are deliberately undermining the hard-won peace in BiH."

"Encouraged by Russian President Vladimir Putin, their reckless behavior threatens stability and security across the Western Balkans", she said.

In his style, Dodik commented on these sanctions in front of the RS National Assembly, claiming that he "could care less about their sanctions".

"I will just end the conversation with that rude ambassador. I do not have property in London, but three people from the top of the PDP", said, among other things, Dodik.

It should be reminded that in January, the United States tightened sanctions on Milorad Dodik due to corruption activities and threats to the stability of BiH. Insulted, he announced the decision on independence for the umpteenth time. At that time, sanctions were imposed on ATV television due to its connections with Dodik. Former HJPC President Milan Tegeltija, who was also a great supporter of Gordana Tadić during her term, has been under sanctions since January, as well as Mirsad Kukić, president of the Movement for Democratic Action and a member of the Parliamentary Assembly.

From 2021, the United States also imposed sanctions on Nikola Špirić.

DAY OF THE POLICE: Thanks to Vučić and General Mladić

"INVESTORS": Who enabled the Chinese to take over natural resources in Herzegovina?