HIT THE POOR: Employees of Elektroprivreda BiH are protesting because of insatiability among miners!

Elektroprivreda workers held a short protest in support of the general director. Unlike the miners’, the salaries and meal allowances of the employees of Elektroprivreda were not late, they did not have to go on a hunger strike in order for their employer to pay their fees, they were not threatened or blackmailed by directors and unions...

After the miners of all seven mines within the group of Elektroprivreda BiH stopped production, demanding, among other things, the removal of the general director, the workers of Elektroprivreda held their short protest today. They, on the other hand, provide full support to the director Admir Andelija and call the mining demands unfounded ... The difference in the attitudes of the employees in the group is as drastic as their status in it. While some regularly received salaries and all possible compensations, others fought for their rights by going on a hunger strike.

Let us remind you, last year, 174,240,997 KM were spent for the costs of salaries and other incomes of employees in EPBiH. Out of that, 149,547,003 KM were paid for the costs of salaries and salary compensations to employees, 23,980,056 KM were paid for the costs of other incomes and compensations of employees' rights - meal allowances, transportation, rebate and other, 122,229 KM for business trips and 591,709 KM for other compensations. The highest net salary paid in 2020 in Elektroprivreda BiH was 4,785 KM, the lowest 830 KM, while the average net salary was 1,817 KM. Therefore, the support of employees to the director of Elektroprivreda BiH should not come as a surprise.

In February this year, salaries, meal allowances and all fees were duly paid to employees of Elektroprivreda BiH, unlike, for example, the miners of RMU Zenica. They had to seek the exercise of their rights by going on a hunger strike. 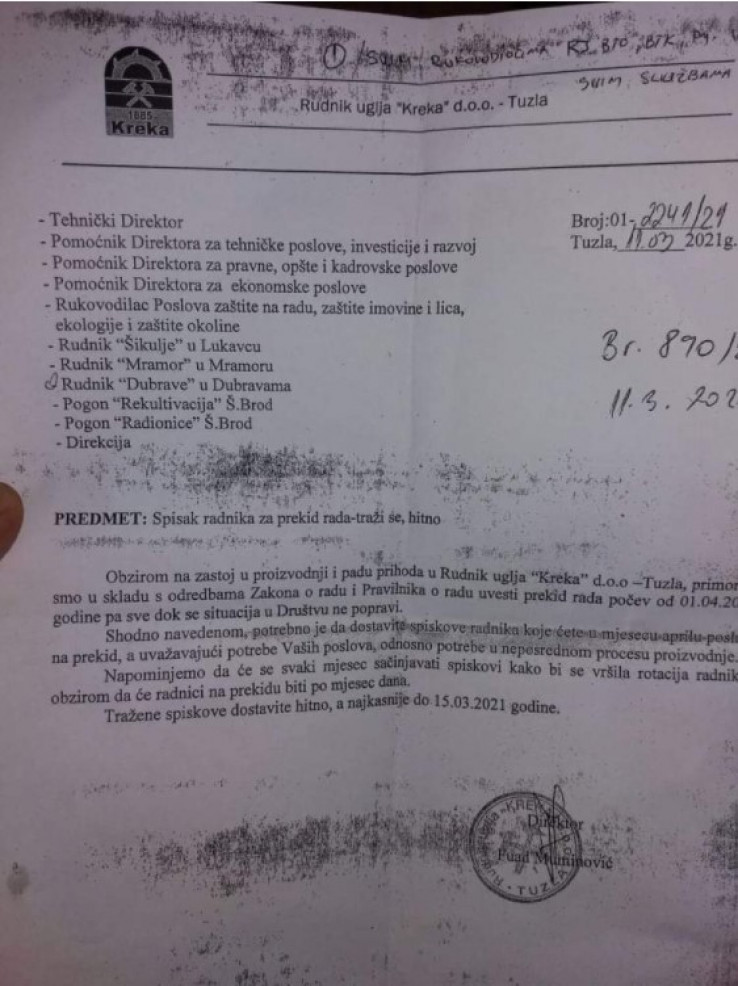 Even at the beginning of March this year, the employees of Elektroprivreda BiH did not have to go on strike, while about 300 miners of the Kreka Mine in Tuzla stopped production and joined the worker disobedience movement due to the announced dismissal of workers. Out of 4,223 employees in Elektroprivreda BiH, not a single worker was fired. 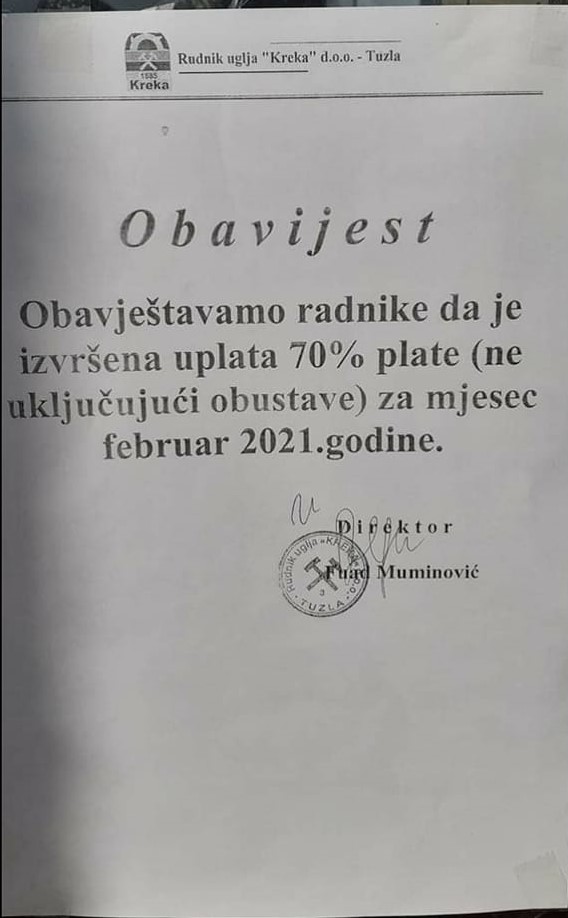 Two thousand miners of the Kreka Coal Mine in Tuzla went on strike again at the end of March because their salaries were late every month and they were not paid full salaries and other compensations for February. Again, the employees of Elektroprivreda BiH did not have similar problems. Salaries and other allowances were paid regularly.

Employees of Elektroprivreda, unlike miners, did not have to suffer blackmail from their own union. When the miners of the Kreka Mine decided to sue the mines for unpaid fees, they received threats from the union. It was not until 2021 that the same trade unions came up with the idea that criminal charges should be filed against all managers in the period from 2012 to 2017, responsible for non-payment of taxes and fees. Unlike the miners, these former directors and executives sued the mines and won lawsuits. When the miners decided to do the same, the union asked the management of the Kreka Mine for sanctions. While the trade unions threatened the miners, the director of Kreka "appealed" to the workers to refrain from lawsuits, otherwise, their colleagues will not receive salaries. 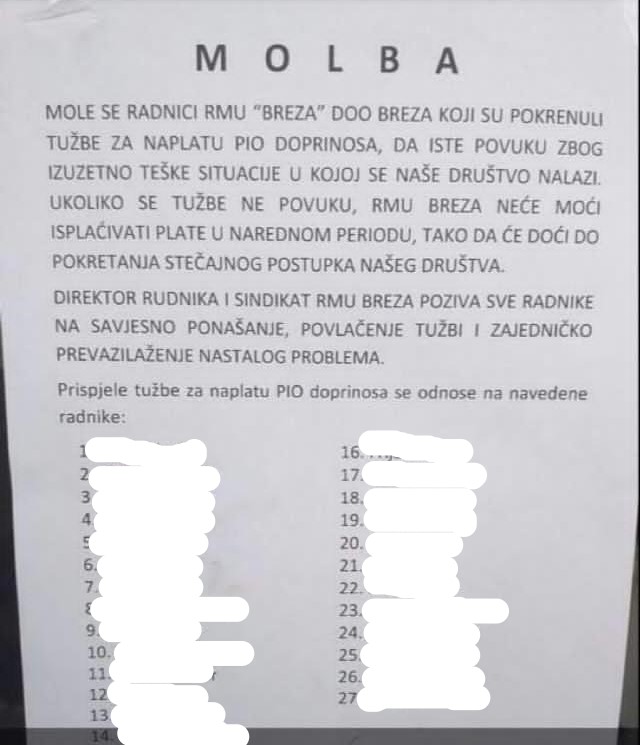 The same practice is in other mines. Thus, the Management and the Trade Union of the Breza Mine "asked" and called for "conscientious behaviour" of 27 workers, who sued the Mine - give up the lawsuits, because otherwise the salaries for a thousand of your colleagues will not be paid and the mine will go bankrupt. Elektroprivreda workers did not have these problems.