DOSSIER IN PROSECUTOR'S DRAWER: All investigations against Dodik so far have been archived, suspended or only formally launched

For years, the Prosecutor's Office of BiH has been filing charges against the SNSD leader for various crimes, but most of them have been archived or the investigations have been suspended. The case is currently ongoing due to the moves of Republika Srpska, which initiated procedures to revoke the state's jurisdiction on Dodik's orders, and allegedly resumed hearings in the "Pavlović banka" case.

Milorad Dodik, the leader of the SNSD and a member of the Presidency of BiH from the ranks of the Serbian people, has long since crossed the "red line" with his messages and actions, which is why his every move is followed with caution and disapproval in the European Union. He has been under US sanctions since 2017 due to corrupt activities and threats to the stability and territorial integrity of BiH, and they were tightened at the beginning of January this year. Due to various criminal offences, criminal charges against SNSD leaders have been filed in the Prosecutor's Office of BiH for years, but investigations are mostly archived, suspended or cases have been formed only formally.

VIolation of the constitutional order

The last investigation in which Dodik is one of the suspects was opened at the end of last year, and after the National Assembly of Republika Srpska adopted conclusions on December 10, which entered the process of withdrawing the entity's consent to state laws on defence and security, the High Judicial and Prosecutorial Council, tax and customs collection system…The conclusions were proposed by the ruling majority gathered around the SNSD. In addition to Dodik, RS President Zeljka Cvijanovic and entity Prime Minister Radomir Viskovic are also suspected of violating the constitutional order.  Josip Borell, the EU's High Representative for Foreign Affairs and Security Policy, warned Dodik about the move, and all EU foreign ministers at the February 21st Foreign Affairs Council expressed concern about the situation in BiH.

Let us also remember the affair of international proportions from December 2020. On December 14 of that year, Dodik presented the Minister of Foreign Affairs Sergei Lavrov with an icon as a personal gift, which will turn out to have been registered as the property of Ukraine in the 1920s. Only four days later, the Prosecutor's Office of BiH opened a case on the "Icon" affair. So far, it is known that Dodik was questioned, but not whether he is a suspect. 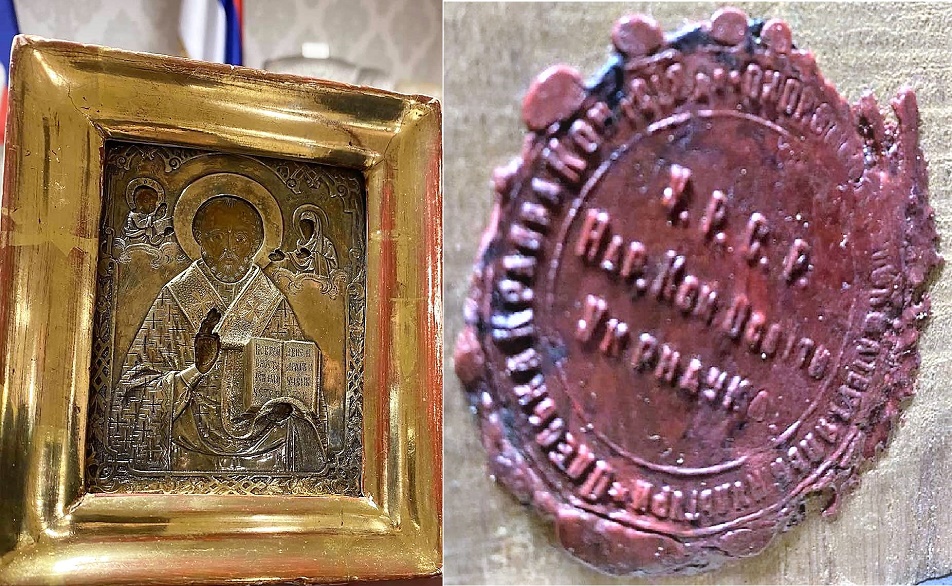 The question is also how this Icon came to be in Bosnia and Herzegovina, on the back of which is the seal of the Ukrainian Committee for Culture from 1920 and which, according to the media, was taken out of Lugansk. Dodik's cabinet once said that "the icon was not stolen and that it belongs to the family of consecrated icons."

Milorad Dodik is a fan of referendums, so he announces them every now and then, mostly when stories about his involvement in corrupt practices become relevant. Due to the organization of an unconstitutional referendum on January 9 as the day of RS, the investigation against Dodik was opened in 2016 in the Prosecutor's Office of BiH, but it was stopped a year later. The January 9 referendum was held on September 25, 2016, although the BiH Constitutional Court banned it.

In 2015, the Sarajevo “Association of Genocide Victims and Witnesses” and the "Mothers of the Srebrenica and Žepa Enclaves" filed criminal charges against Dodik, while he was the RS president, for statements in which he denied that genocide was committed in Srebrenica in 1995. The Prosecutor's Office of BiH then opened a case for the criminal offence of inciting national, racial and religious intolerance, but the investigation was suspended in 2017.

Since 2015, when the Prosecutor's Office of BiH was headed by Goran Salihović, the “Pavlović Banka” or "Pavlović Bank" case has been active, which refers to Dodik's purchase of a villa in Dedinje in Belgrade in 2007. This is one in a series of cases that Salihović only formally opened. The investigation continued in the time of Gordana Tadić, but only to "collect dust in the prosecutor's drawers". Until her dismissal, almost nothing was done in regards to this case. Recently, Dodik was allegedly summoned for questioning. Dodik bought a villa in Dedinje on May 14, 2007, for 750,000 euros. 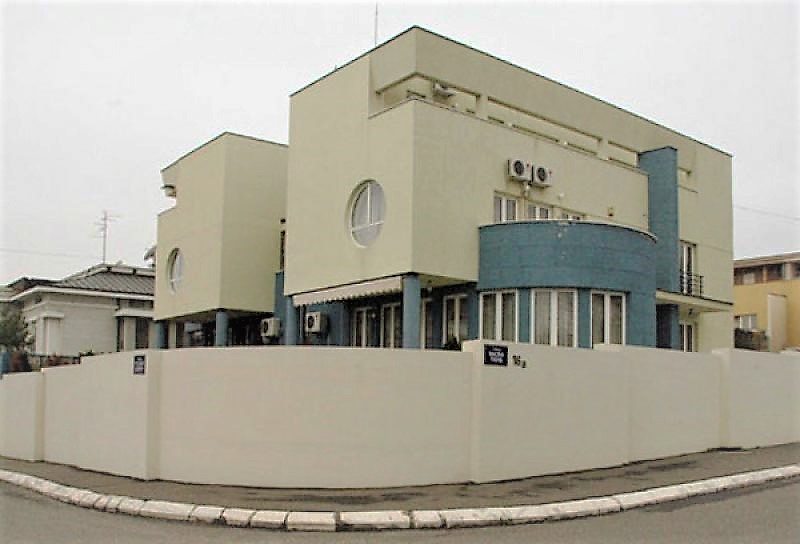 At that time, he claimed that he paid for the real estate with money from a loan, but it turned out that he only took out said loan in "Pavlović banka" only a year later. At the time when he was the Prime Minister of Republika Srpska, he certified the loan application with the seal of the RS Government.

The “zlato” or "gold" affair

All previous chief prosecutors of the Prosecutor's Office of BiH have mostly only formally opened investigations against Dodik, and then suspended them. During the term of the now-dismissed Goran Salihović, the investigation in the "gold" case was suspended, within which Dodik was reported to have received a kilogram worth of gold in bribes from Russian businessman Oleg Burlakov. Let us remind you that the former ambassador of BiH and former head of the RS Representation in Moscow, Gordan Milinić, once stated that he personally witnessed this. It is alleged that Dodik then said that he would give that gold to his grandson.

Construction of the RS Government building

Let us also remind you of the case when Dodik and tycoon Slobodan Stanković were suspected of organized crime, in connection with the construction of the RS Government building in Banja Luka. This case was first in the Prosecutor's Office of BiH, and in June 2011, the then Chief Prosecutor Barašin issued an order to transfer the case to the Special Prosecutor's Office of RS, which suspended the investigation a few months later. Former State Minister of Security Dragan Mektić once accused Stanković of organizing orgies on his yacht in Portorož, so due to his closeness to this tycoon, Dodik was for a time connected with this affair. 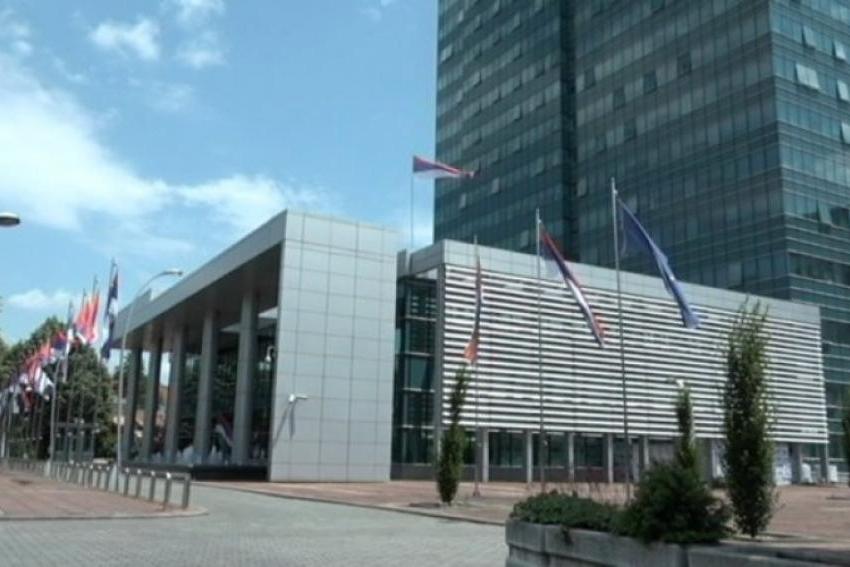 The Prosecutor's Office of BiH says that they conduct daily interrogations and examinations of witnesses and suspects in cases in which they act, but that they are not able to provide information on individual summonses, hearings or interrogations.

PUTIN'S WAR PROPAGANDA: A lie armed to the teeth